Global financial markets ended a difficult month of September with losses. Worries of a systemic breakdown in financial markets were induced by the extreme sell-offs in British Gilts and the British Pound. The Bank of England responded by injecting liquidity via a bond purchasing program.  Despite the move, investors continued to go to the sidelines.

Inflation data out of the Eurozone continued to be hot, and US Core PCE prices disappointed with a higher year-over-year print. Federal Reserve Presidents continued with their hawkish rhetoric, which further stoked fears that central banks are sending the global economy into recession.

A downgrade of Apple by Bank of America moved the stock materially lower and led investors to question the market’s leadership. Earnings out of Nike did not help matters. The company cited a considerable increase in inventories and guided the street to lower margins in the coming quarters.

Geopolitical tensions increased after Russia annexed four regions of Ukraine. Putin also indicated he would use his full array of weapons if needed to secure Russia’s territory. On another front, the Nord 1 Pipeline that supplies Europe with Russian gas was closed due to several leaks caused by sabotage. 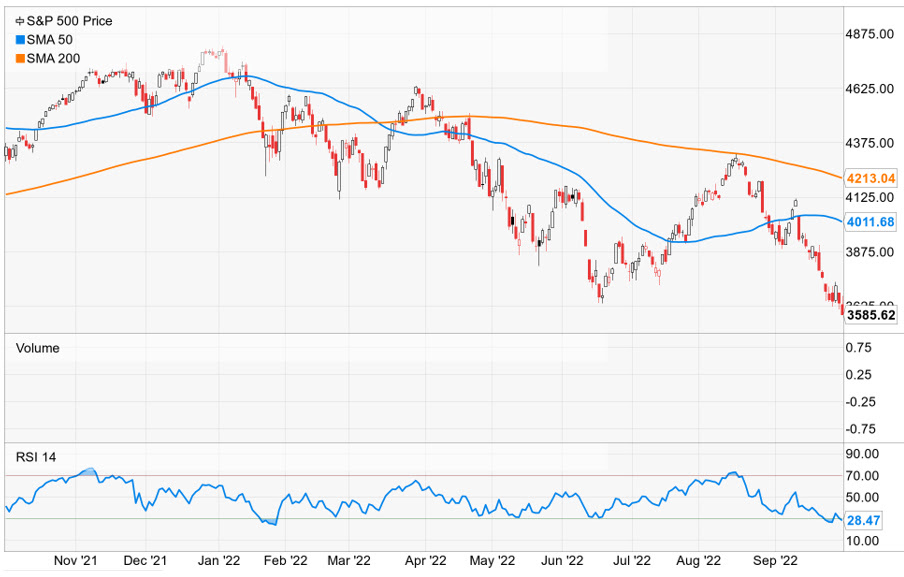 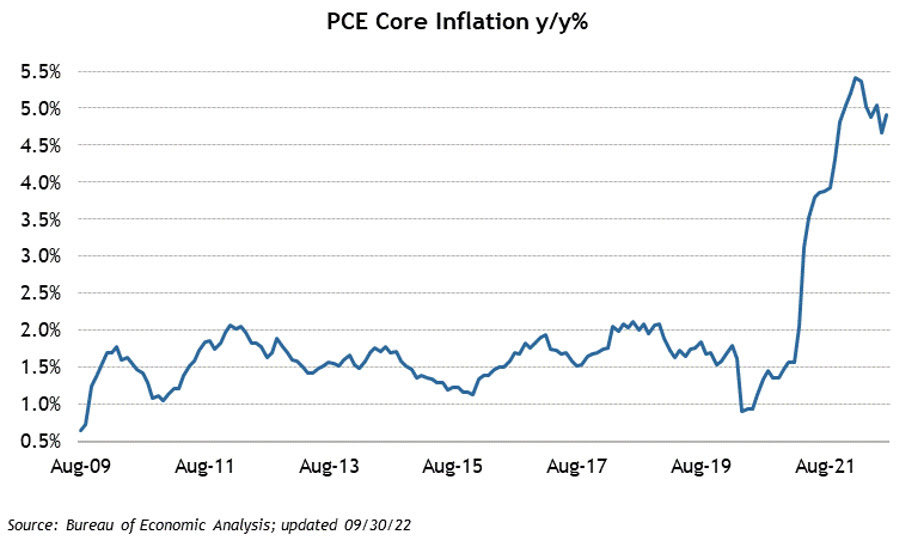 Economic data showed increased inflation in Europe and the US. Eurozone CPI increased by 10% YoY in September compared to 9.1% in August. In the US, August PCE increased by 6.2% versus July’s 6.4%; however, Core PCE increased by 4.9% in August versus 4.7% in July. Personal Income increased by 0.3%, in line with estimates. Personal Spending increased by 0.4%, which was higher than the consensus estimate of 0.2%. Initial jobless claims fell to the lowest level since May at 193k, and Continuing Claims fell to 1347K. Both readings showed a resilient labor market. The third estimate of second-quarter GDP showed a contraction of 0.6%.   Consumer Confidence came in better than expected at 108, but the University of Michigan’s final reading for September showed a decline to 58.6% from 59.5.

Investment advisory services offered through Foundations Investment Advisors, LLC (“FIA”), an SEC registered investment adviser. FIA’s Darren Leavitt authors this commentary which may include information and statistical data obtained from and/or prepared by third party sources that FIA deems reliable but in no way does FIA guarantee the accuracy or completeness.  All such third party information and statistical data contained herein is subject to change without notice.  Nothing herein constitutes legal, tax or investment advice or any recommendation that any security, portfolio of securities, or investment strategy is suitable for any specific person.  Personal investment advice can only be rendered after the engagement of FIA for services, execution of required documentation, including receipt of required disclosures.  All investments involvement risk and past performance is no guarantee of future results. For registration information on FIA, please go to https://adviserinfo.sec.gov/ and search by our firm name or by our CRD #175083. Advisory services are only offered to clients or prospective clients where FIA and its representatives are properly licensed or exempted.